Freedom APK is a sort of game cheating app that covers a whole bunch of offline games and allows you to complete purchases of gem, in game items, money and other perks without any payment methods connected to your account. Freedom APK is the original Play Store fake payment emulator and arguably the best one too. – Works with NO ROOT required, but root is an advantaged and unlocks more features.

While it is not 100% clear who the original creator of Freedom APK is/was, some rumors point to a guy called Zond80, who seems to be a Russian developer according to GitHub and is currently working on a “in-app-proxy: Apple In-App purchases store emulator for iOS < 6” written in PHP. – So it is entirely, if not likely that he is the original creator of the app.

After the release of Freedom App, it went viral to say the least and has since become one of the most recognized and popular game cheating apps for Android devices period. It was also the predecessor for CreeHack, which is an app that basically does the same as Freedom (emulate/simulate purchases), but does it without necessarily requiring a rooted device. – Despite that fact, Freedom APK is still about 3 times more popular than its descendant (according to Google Trends), which is quite the achievement.

We highly recommend this app and are waiting patiently for any other awesome tools that Zond80 may or may not throw out there on the internets.

Does Freedom APK work on Online Games for free Gems/Money?

No, it generally does not. Online games use servers to authenticate purchases before changing any values on the game servers, making it pretty much impossible, except for incredibly rare exploits to get free purchases in any online Android mobile game. And if it ever works, it usually gets patched within a day or two. 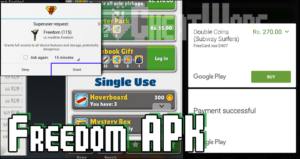 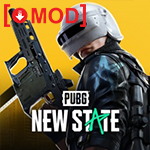 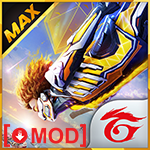